Someone in the remote office was looking at houses for sale just last December.  We were having difficulty communicating the style and this chart from Pop Chart Lab came along.  Now we have a cheat sheet to talk through styles rather than the realty listing which is often mistaken, taking a single feature and claiming an entire architectural style.

This poster from Pop Chart Lab began as an ambitious attempt to document vernacular architecture around the world. “After diving into the research,” say the poster’s creators, “it quickly became apparent that this wasn’t going to be feasible due to the volume of data.” Instead, they ended up focusing on single-family homes in the United States, settling on 121 hand-drawn houses representing urban and rural residential styles, including: Colonial, Romantic, Victorian, Eclectic, Modern, Neo-Eclectic with subsections such as Italian Renaissance Revival and Ranch. 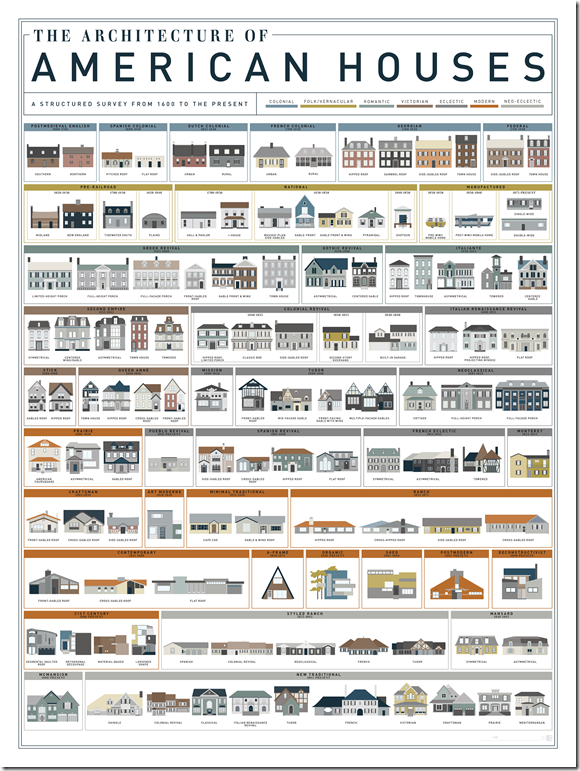 They also included an infographic from Part Select whhich goes in depth on key details.